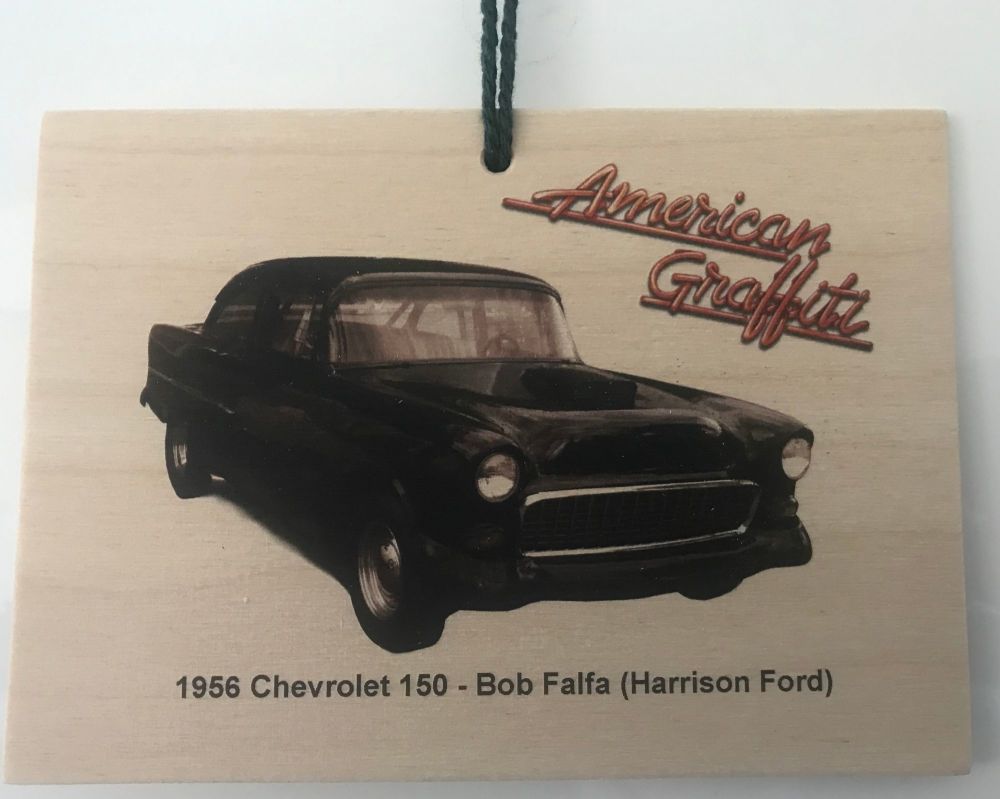 A picture of the 1955 Chevrolet from the 1973 film American Graffiti directed by George Lucas about a group of teenagers in a small time Californian town in 1962 deciding to stay home or leave to go to college. The cast list featured many actors who would go on to become famous. Richard Dreyfuss, Ron Howard, Harrison Ford, Cindy Williams, Charles Martin Smith, Suzanne Somers, Bo Hopkins with a cameo by the legendary DJ Wolfman Jack.
In the film this car is driven by Bob Falfa (Harrison Ford) who comes to town to challenge John Milner in his 1932 Ford Deuce Coupe which culminates in a street drag race at the end of the film.