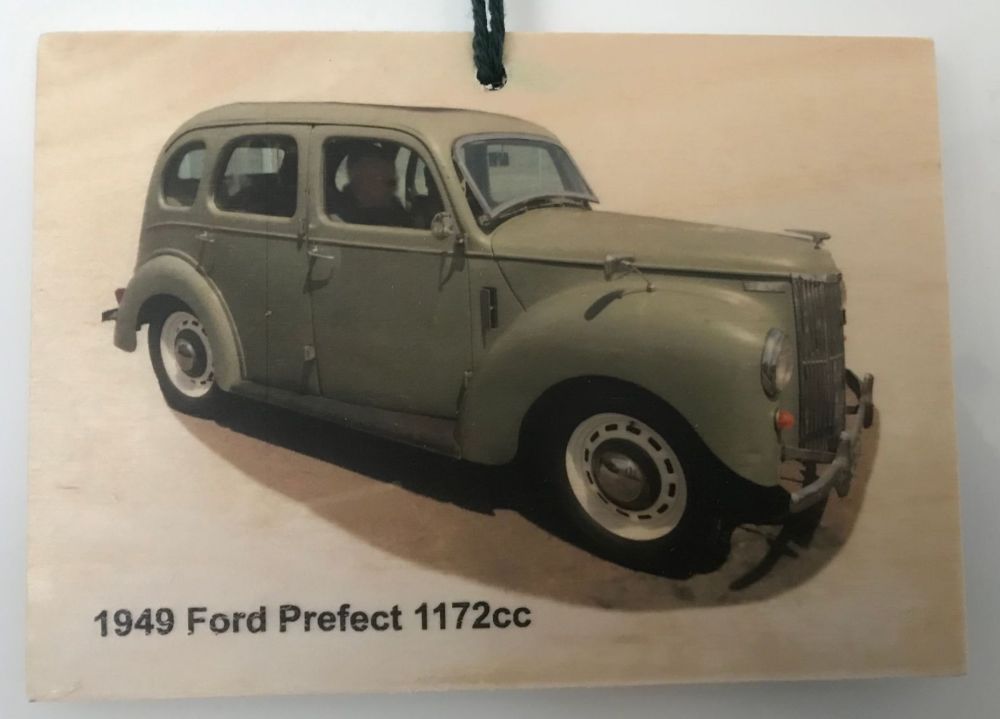 WOODEN PLAQUE
Overall size 105X148X3mm plywood with a single hole drilled at the top.
PHOTOGRAPH
I took this photograph at the London Brighton Classic Car run in July 2019
HISTORY
The Prefect was an affordable four door saloon that had a chequered history; originally produced from 1938 to 1941 when the Second World War interrupted production it was resumed in 1945. This model was the E493A that was produced between 1949 until 1953 when it was replaced by a radically different body style, much lower and squatter as against the original 'sit up and beg' style. The new design continued to the end of its production run in 1961.