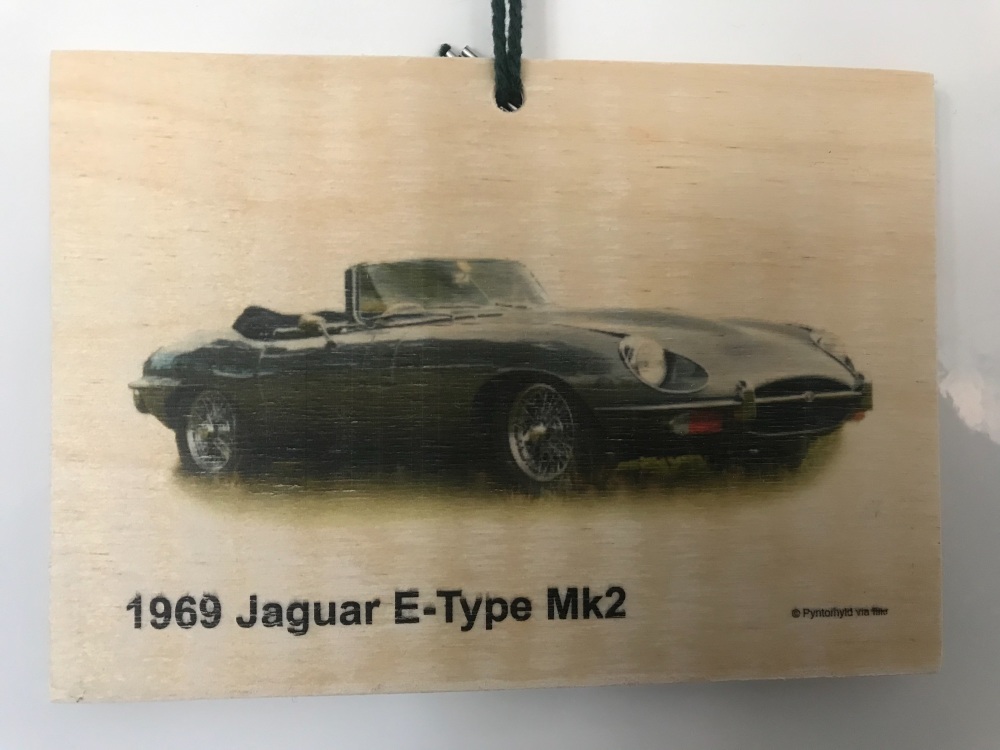 A present for the car enthusiast in your life.

The Jaguar E-Type was the quintessential British sports car of the 1960s and featured on most school boys' bedroom wall along with the Ford GT40 or the Lamborghini Countach. The car was manufactured between 1961 to 1975 in both roadster and coupe versions, the original Mark One had a 3.8litre 6 cylinder engine which was increased in size to 4.2litres with the Mark 2 release and a V12 5.3litre for the Mark 3 release in 1971.

The picture of produced on a 148 x 105 x 3mm piece of plywood drilled with one hole.