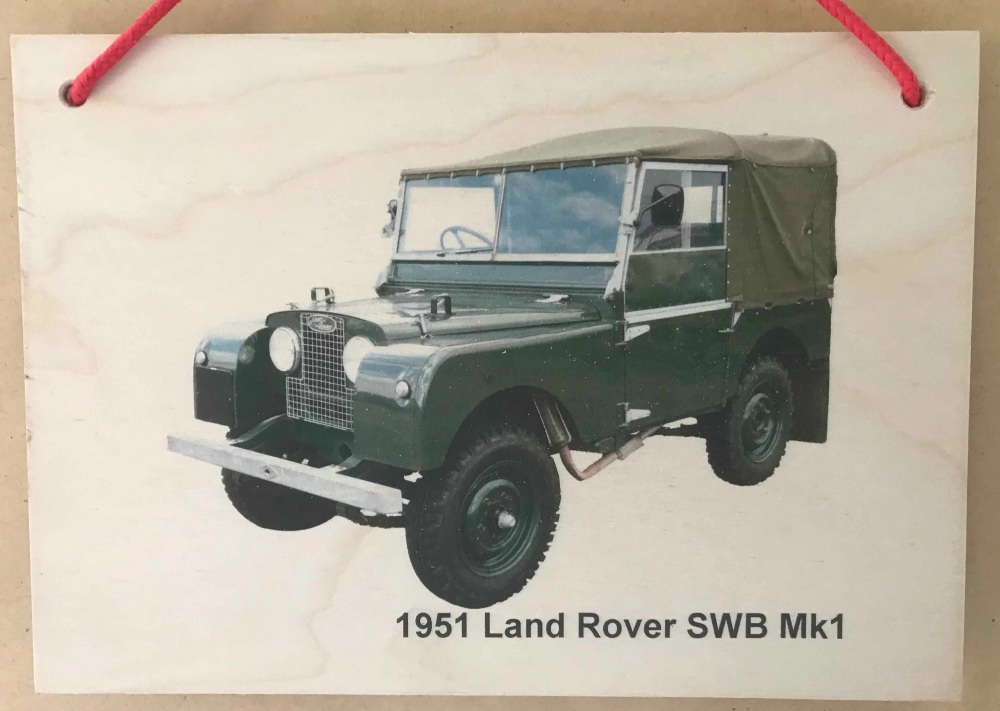 A present for the car enthusiast in your life.

The Land Rover an iconic British Brand (Although it is now owned by Tata) only surpassed in fame by Rolls Royce. Originally conceived in the Second World War it was officially launched to the general public at the Amsterdam Motor Show in 1948 priced at £450. In the following year the British Army took delivery of their first batch of vehicles that was to their main all terrain light transport for years to come. The Land Rover evolved over the years with many variants to the Mk2, Mk 2a and Mk3 and was renamed the Defender in 1990.