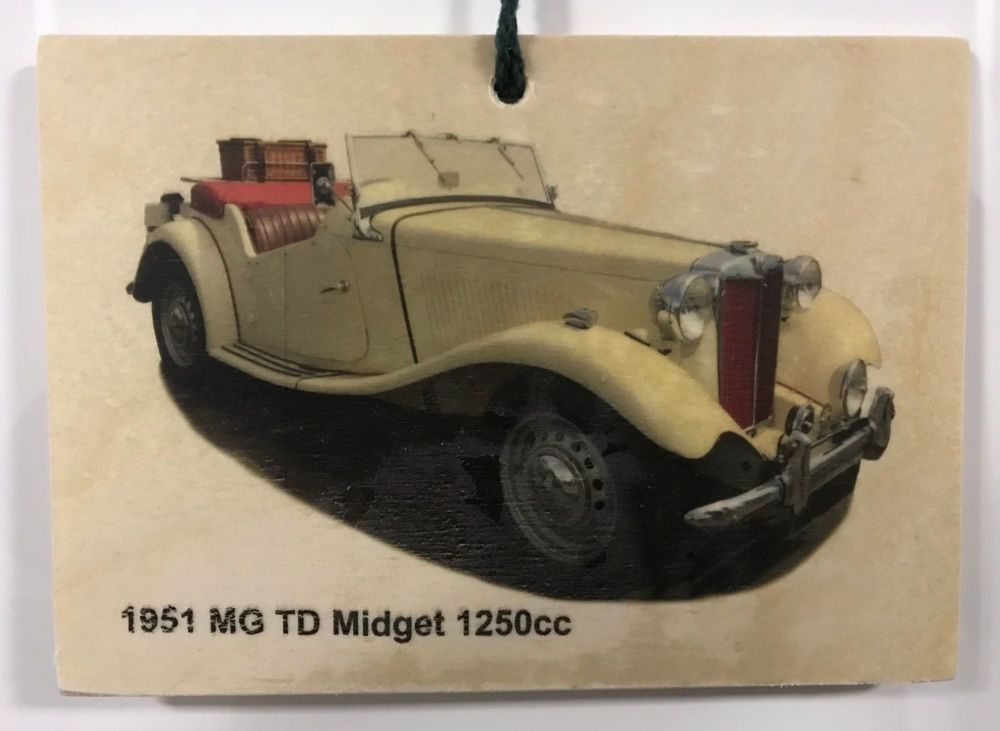 PHOTOGRAPH -
I photographed this car at a Classic Car event at Slinfold, West Sussex in August 2019

The MG T series eas an open two seater sports car that was produced from 1936 to 1955 going through five major design changes from TA to TF leaving out TE. This is a TD version produced from 1950 to 1953 mainly sold to the North American market featuring a 1250cc engine and a 0-60mph of 18.2 seconds for the UK specification.