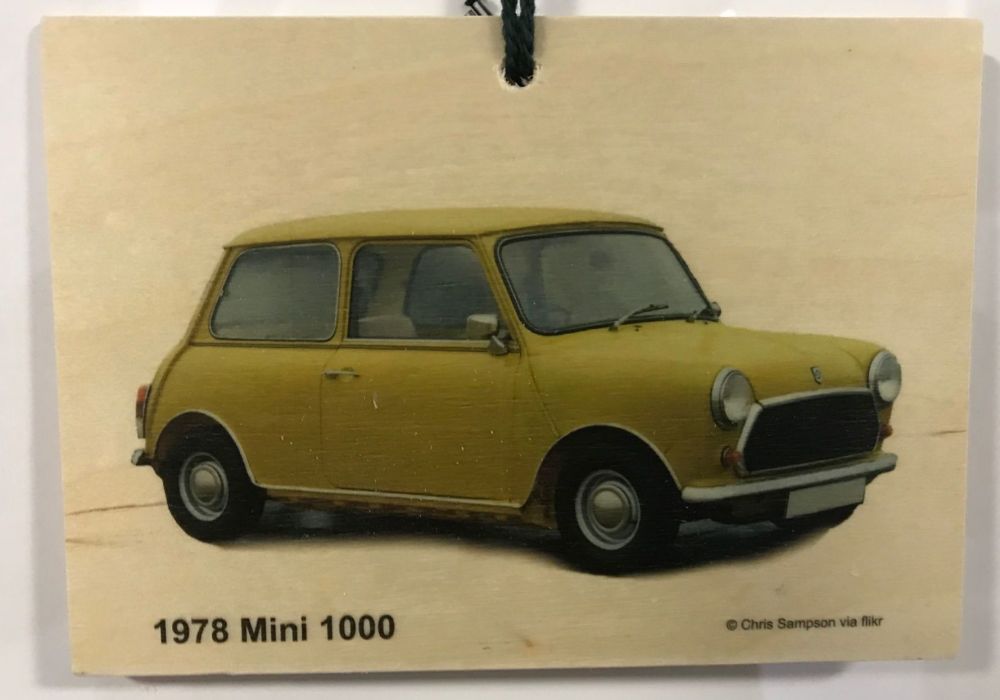 PLAQUE
The plaque is produced on a 148 x 210 x 3mm piece of plywood drilled with two holes and strung with cord.

PHOTOGRAPH
I took this photograph off the internet using flikr.

The original Mini is considered an icon of 1960s British popular culture. Its space-saving transverse engine, front-wheel drive layout – allowed 80% of the area of the car's floor pan to be used for passengers and luggage. In 1999, the Mini was voted the second-most influential car of the 20th century, behind the Ford Model T, and ahead of the Citroën DS and Volkswagen Beetle.It was manufactured by the English-based British Motor Corporation (BMC) and its successors from 1959 until 2000 when BMW took it over and it lost its charm.
The names of Austin and Morris were dropped in 1976 and the cars were just known as Mini.The 1978 Mk 4 model depicted was from the fourth generation with a 998cc 4 cylinder engine and has wind up windows, key start, column headlight dipping all features that were alien to the first generation. (With thanks to Wikipedia)