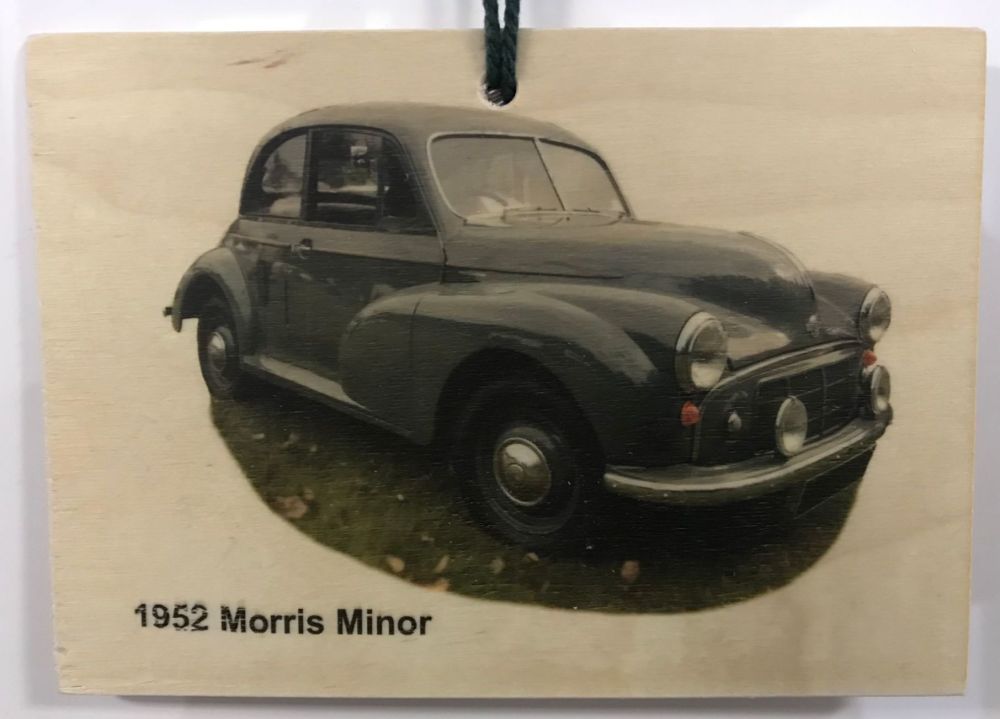 WOODEN PLAQUE - 105 x 148 3mm plywood with a hole drilled at the top.
PHOTOGRAPH - I took this photograph at a Worthing classic car event August 2019
HISTORY - The Morris Minor designed by Alec Issigonis was originally launched in 1948 with a split front windscreen and a side valve 900cc engine; this was replaced in 1952 by a more modern overhead valve engine of 800cc. In 1956 the car was updated and known as the 1000 with a 950cc engine, a one piece front windscreen and flashing indicators; when the production run ended in 1972 it had notched up an impressive 1,300,000 vehicles. Known for being the district nurse's car as featured in 'Open All Hours' and was introduced as one of the first police panda cars that removed the comforting sight of the bobby on the beat.