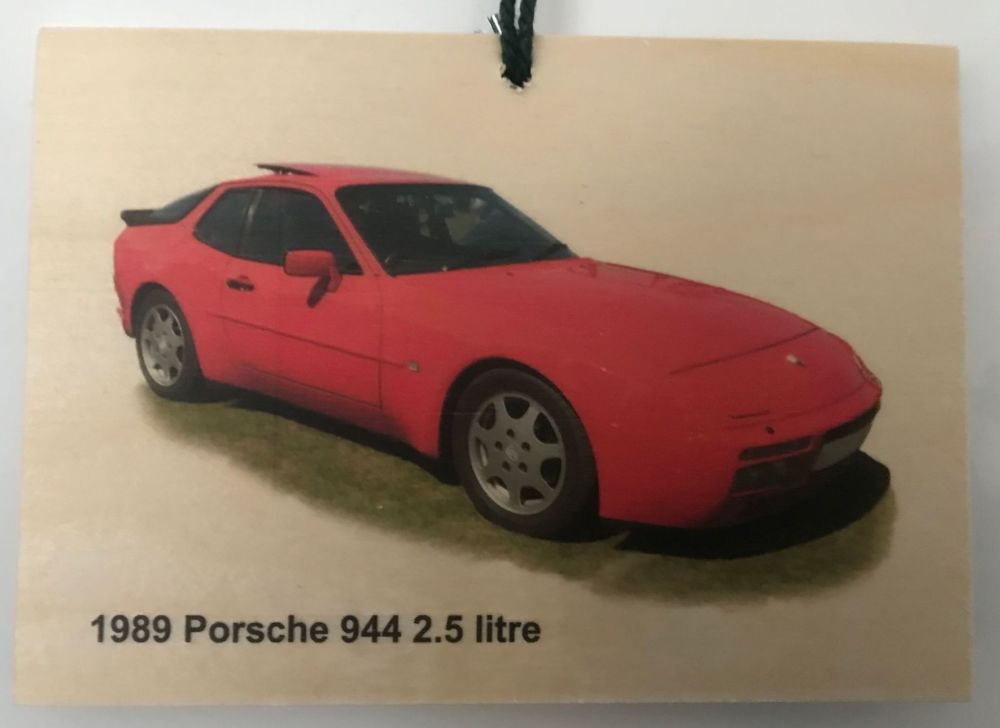 WOODEN PLAQUE
Overall size 105X148X3mm plywood with a single hole drilled at the top.
PHOTOGRAPH
I took this photograph at a Slinfold classic car event August 2019
HISTORY
The Porsche 944 evolved from the unsuccessful partnership with Volkswagen that spawned the VW/Porsche 914. This evolved into the Porsche 924 without VW and then into the 944 which had a 4 cylinder 2.5litre engine with counter revolving camshafts to negate vibration and was water cooled when Porsches then were known as being air cooled.The Porsche went onto being one of their most successful models selling 163,000 between 1982 to 1991.