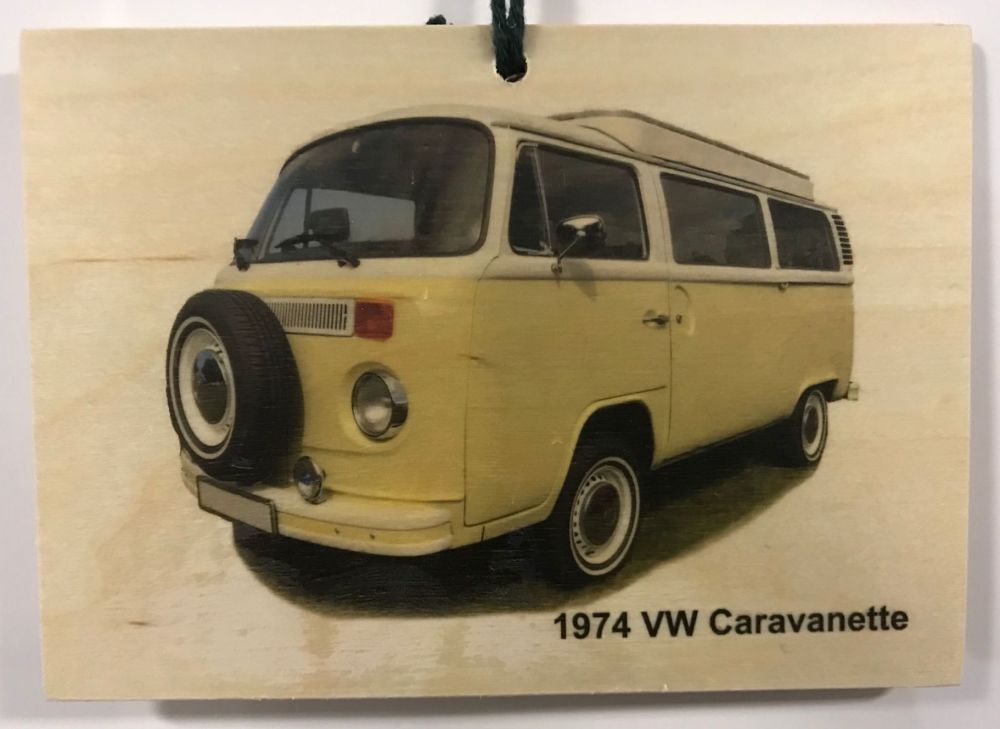 WOODEN PLAQUE
Overall size 105X148X3mm plywood with a single hole drilled at the top.
PHOTOGRAPH
I took this photograph at a Worthing classic car event August 2019.
HISTORY
Originally derived from VW commercial vehicle the Transporter and it's derivative the Microbus, it began production in 1959/60 and was affectionately known as the 'Splitty' because of its windscreen. In 1967 the Caravanette was updated with a bay windscreen, increased engine capacity from 1200 to 1500cc and was produced in this form in Europe to 1979, whereupon it was updated through the years to the present day version known as the T6.