The Blue Hare by John Witherden 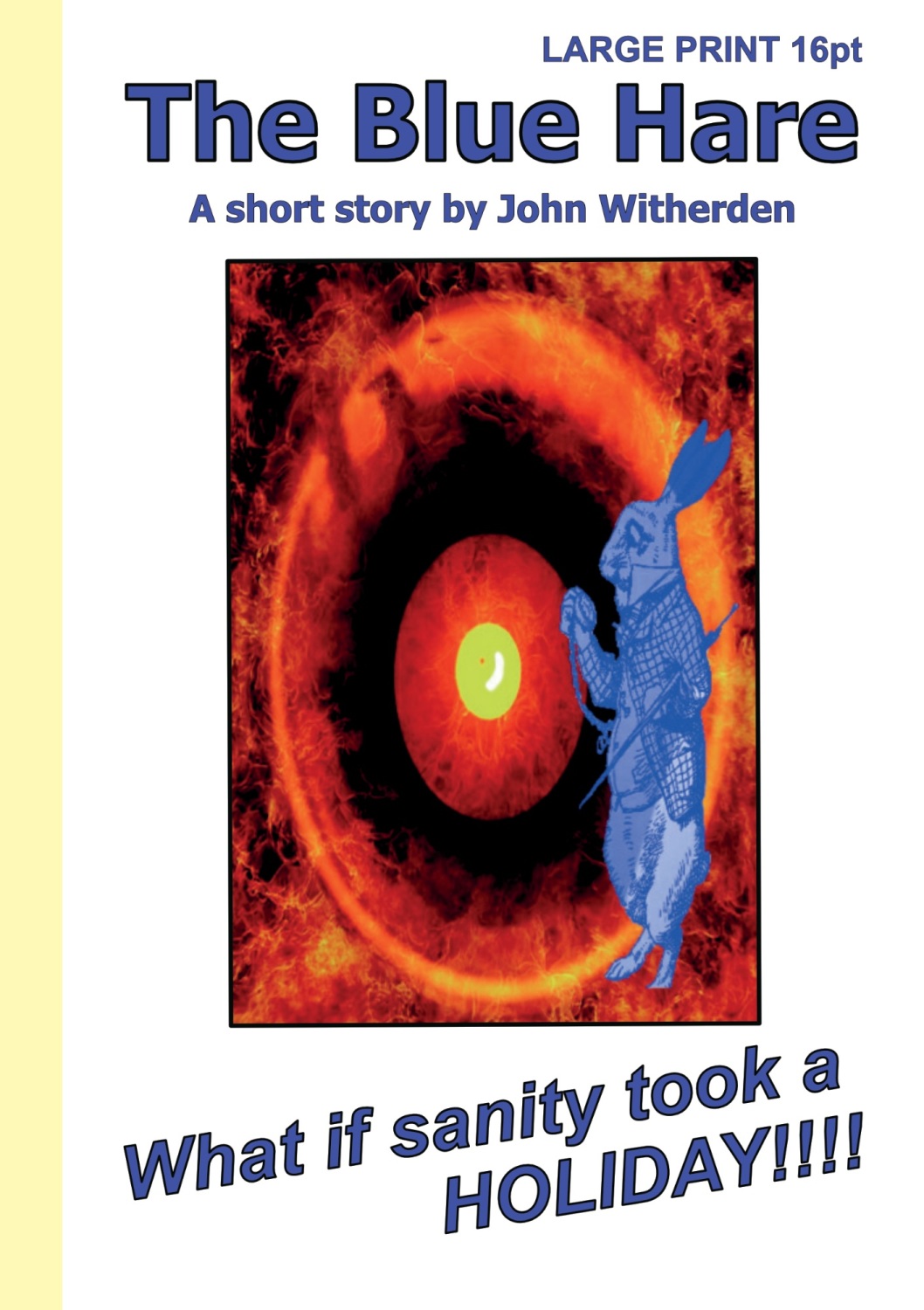 The Blue Hare by John Witherden

A 'tongue in cheek' look at the end of the world with the four Horsemen of the Apocalypse and their apprentice Jeremy, a strange cult called the Seekers that disappear into the night sky piloting the O2 Millenium Dome and the Thames bursting into flames.

All observed through the eyes of Michael, a former mental patient and an alcoholic blue hare called Alphonse.
Do you really think he should have been let out of the ASYLUM??

This was my first attempt at a short story consequently it is shorter than the other stories as well as being cheaper!
The books are A5 in size (210x148mm) with the text printed in large 16pt for mature sight. If required they can be produced in a large type size to special order