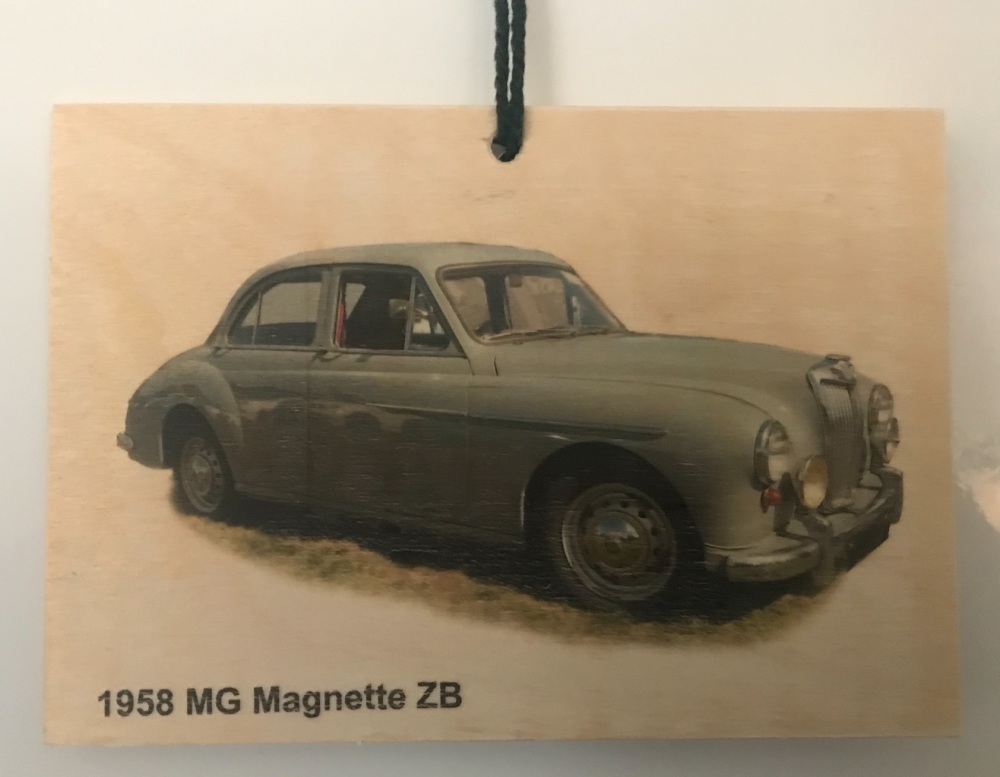 HISTORY - The MG Magnette was a popular saloon car of the 1950's. Originally launched as the ZA in 1953 the engine although staying the same size, 1500cc was uprated in 1956 to become the ZB with only a badge to tell the difference between the Magnette ZB and the Wolseley 15/50 used by the Police. In 1958 the production came to an end and although the name continued with a series three and four the car was totally different and had fallen foul of the one design many badges extolled by their owners, BMC.

PHOTOGRAPH - I photographed this car in September 2019 at a Classic Car Show in Edenbridge.