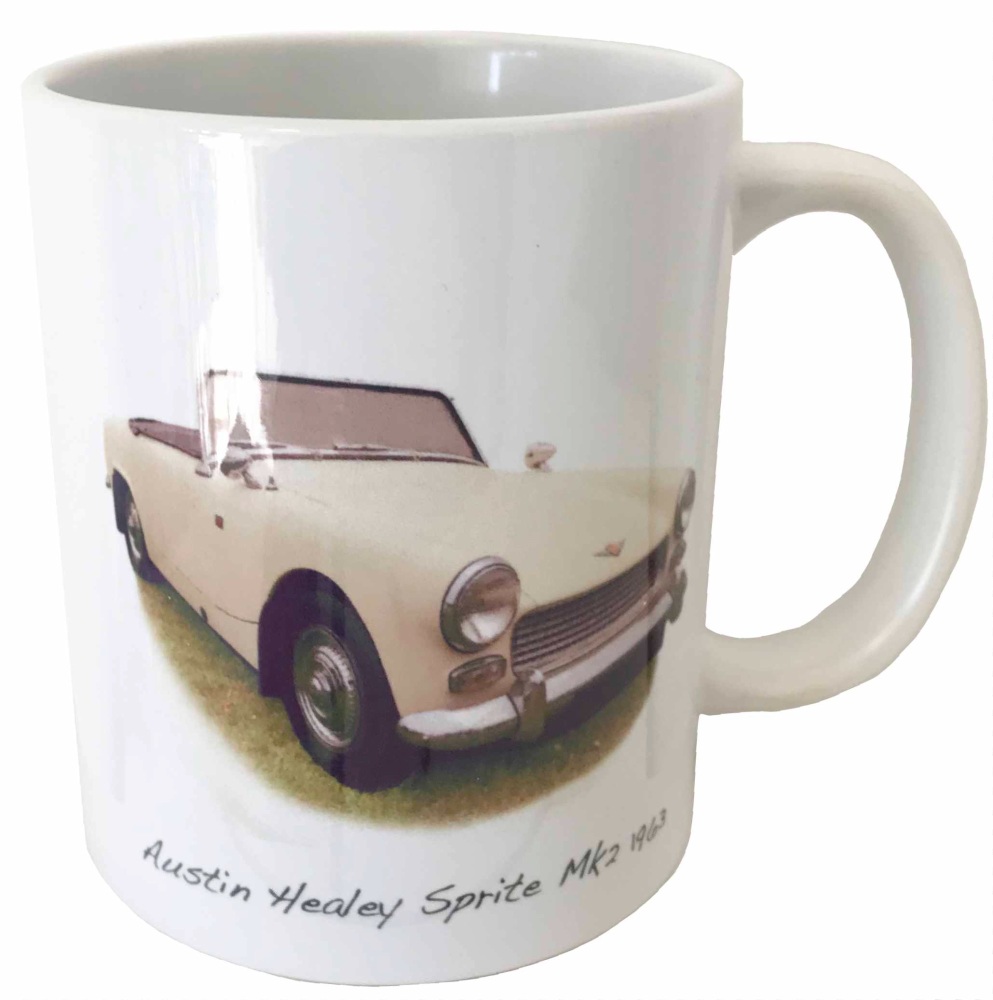 PHOTOGRAPH - I took this photograph at a Worthing classic car event August 2019
HISTORY - The Austin Healey Sprite was a small two door sports car that was built from 1958-1971. Originally designed by Donald Healey; it was amalgamated into the BMC conglomerate. The Mk2 was built from 1961 to 1964, it had the same engine as the Mk1 but they up-rated the carburettors and revamped the styling so that the headlights were in a more conventional position in the wings. The MG Midget was the same car only with different badges and was the precursor to the extinction of the Ausin Healey brand.