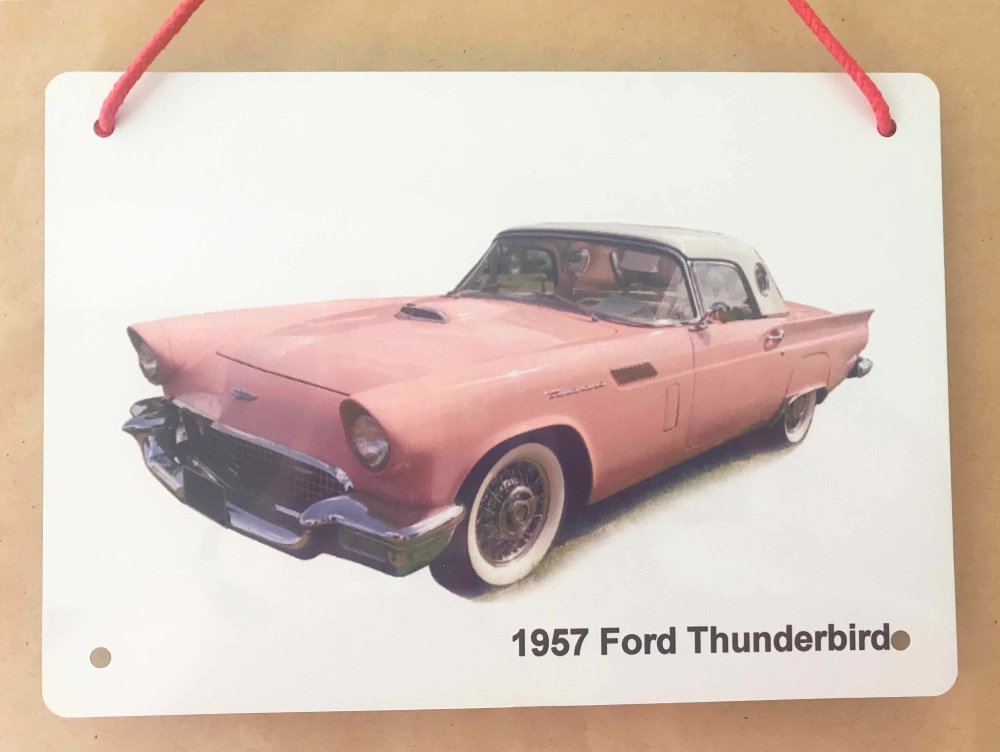 PHOTOGRAPH. I took this picture at a Classic Car show held in Edenbridge in August 2019

HISTORY. The 1950s cars encompass the flamboyance and extravagance of the era which to our European eyes was in such bad taste that it had its own charm.
The Ford Thunderbird was produced from 1954 to 2005 with a break between 1992 to 1957 encompassing eleven generations. It was originally launched in response to the Chevrolette Corvette either as a two door, two seat hard top or convertible but with a different message as a 'Personal Car' rather than a 'Sportscar;' to this end it was very successful and outsold the Corvette by a wide margin.
Even though the Thunderbird was revised for 1957 with a reshaped front bumper, a larger grille and lengthened it is still regarded a first generation vehicle with the standard 5.1litre V8 engine as the second generation commenced in 1958 with four seats.