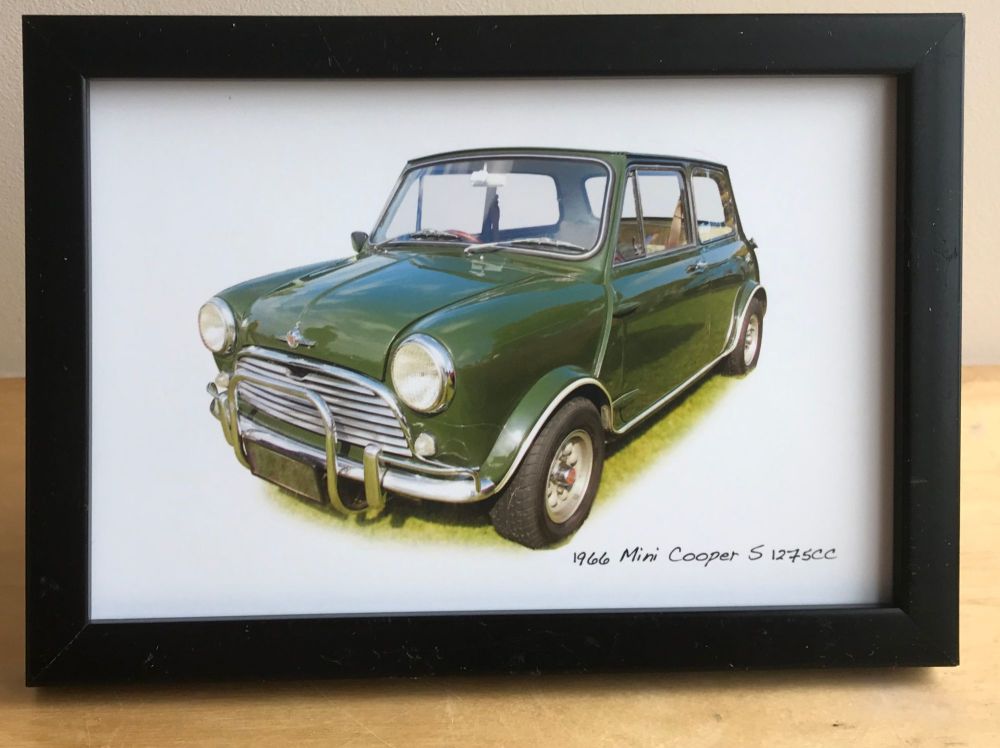 HISTORY - This is a picture is of a Mk 1 Mini Cooper S but had the 1275cc engine as against the earlier 1071cc engine and also had had its interior upgraded, wind-up windows and opening quarter lights by Radford Coachbuilders as against sliding windows and internal door handles that were effectively a piece of string.
The Mini is considered to be an icon of 1960s British popular culture. Its space-saving transverse engine, front-wheel drive layout – allowed 80% of the area of the car's floor pan to be used for passengers and luggage. In 1999, the Mini was voted the second-most influential car of the 20th century, behind the Ford Model T, and ahead of the Citroën DS and Volkswagen Beetle.It was manufactured by the English-based British Motor Corporation (BMC) and its successors from 1959 until 2000 when BMW took it over and it lost its charm.

PICTURE FRAME - 4 x 6in Photograph in a Black, White or Silver Coloured Frame with a Glass front. There is a Strut on rear so that it can sit on the window sill or desk.