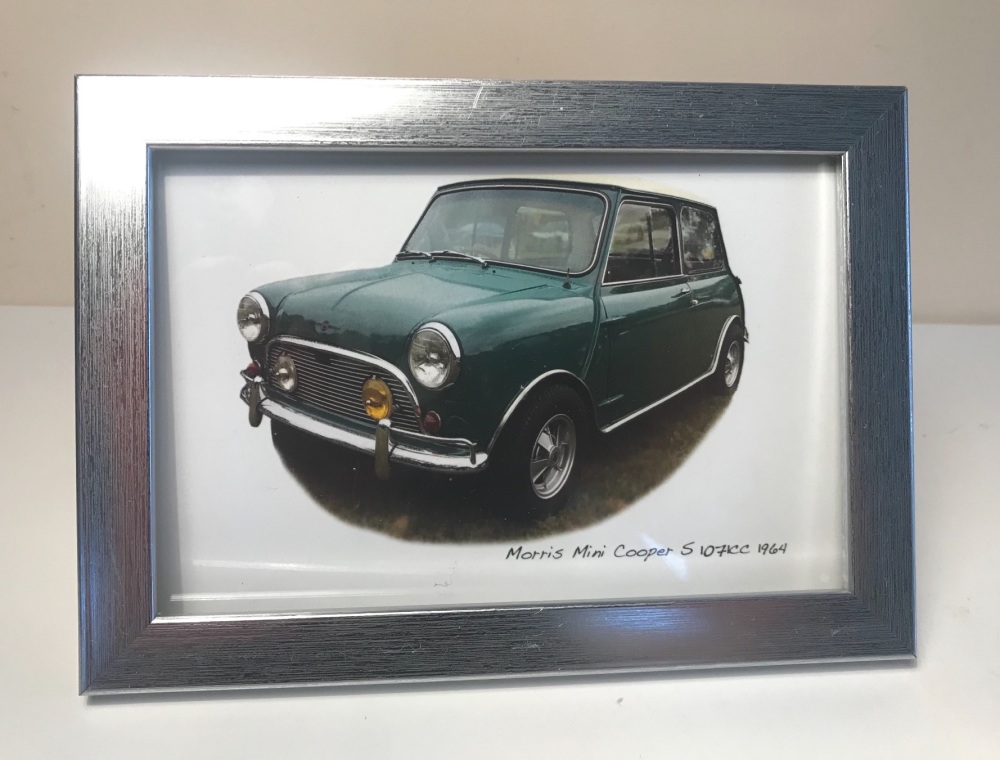 PICTURE FRAME - Overall size120 x 170mm Image area 92 x 142mm Charcoal or Silver Coloured with a Glass front. There is a Strut on rear so that it can sit on the window sill or desk.
PHOTOGRAPH - I took this photograph at a Worthing classic car event August 2019
HISTORY - This is a picture is one of the earlier Mini Cooper S which had the 1071cc engine that was subsequently replaced by the 1275cc engine with the internal pull string door openers, sliding windows and floor headlight dipping switch. It is considered an icon of 1960s British popular culture. Its space-saving transverse engine, front-wheel drive layout – allowed 80% of the area of the car's floor pan to be used for passengers and luggage. In 1999, the Mini was voted the second-most influential car of the 20th century, behind the Ford Model T, and ahead of the Citroën DS and Volkswagen Beetle.It was manufactured by the English-based British Motor Corporation (BMC) and its successors from 1959 until 2000 when BMW took it over and it lost its charm.