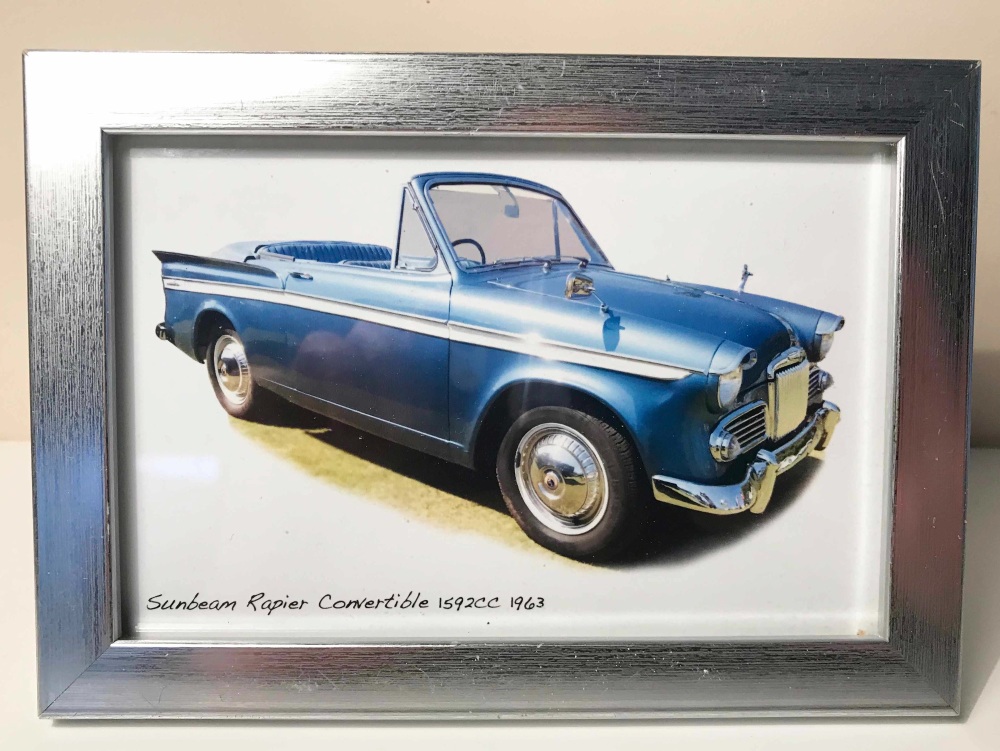 PICTURE FRAME - Overall size 120 x 170mm Image area 92 x 142mm Charcoal or Silver Coloured with a Glass front. There is a Strut on rear so that it can sit on the window sill or desk.

PHOTOGRAPH
I took this picture at a classic car event in August 2019 at Slinfold near Horsham.

HISTORY.
The Sunbeam Rapier was produced by the now defunct Rootes Group from 1955 to 1976 although the vehicles produced after 1967 were a radically different shape and should be considered a different car.
They were available as a 2 door saloon or convertible (the fastback belonged to the post 1967 era) and were the mainstay of Rootes competition endeavours until the arrival of the Hillman Imp.
This vehicle I believe to be a mark 3a that was introduced in 1960 had a 1592cc 4 cylinder and although slower than its predecessor had extensive work done on the engine improving its strength with a five bearing crank shaft as well as fitting an uprated anti-roll bar to improve the handling.