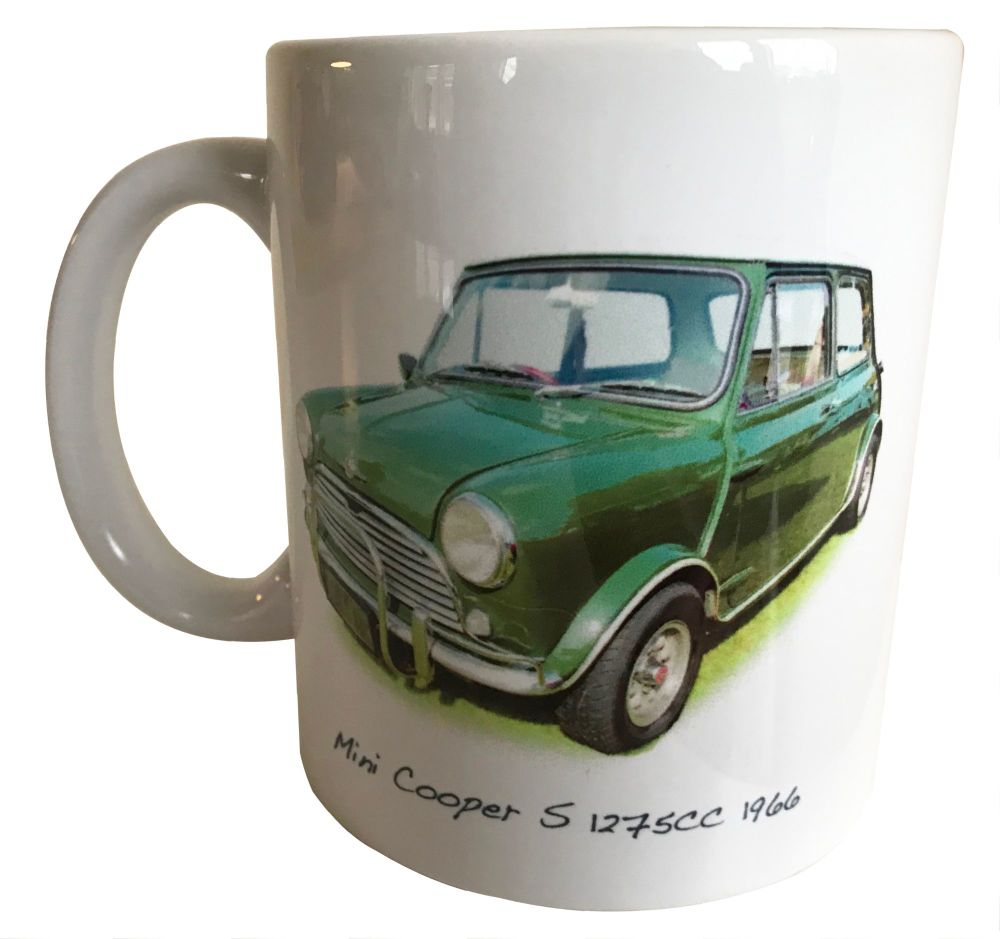 
The Mini Cooper was the result of John Cooper whose company produced racing cars realised the potential within the standard Mini for competition use. In cooperation with Sir Alec Issigionis they produced first the Mini Cooper which had an engine size of 997cc then redesigned to become a 998cc and then the Mini Cooper S whose engine increased from 1071cc to 1275cc.
This car is a 1275cc model which has the benefits of a Radford conversion which made the interior more civilised extending to wind up windows!!!
They were very prominent in rallying with the most famous win being the 1964 Monte Carlo Rally with Paddy Hopkirk and Henry Liddon - Three cars were the star in the comedy crime classic 'The Italian Job,' and nowadays are popular with classic car enthusiasts today as they are easy to work on and spares are plentiful.