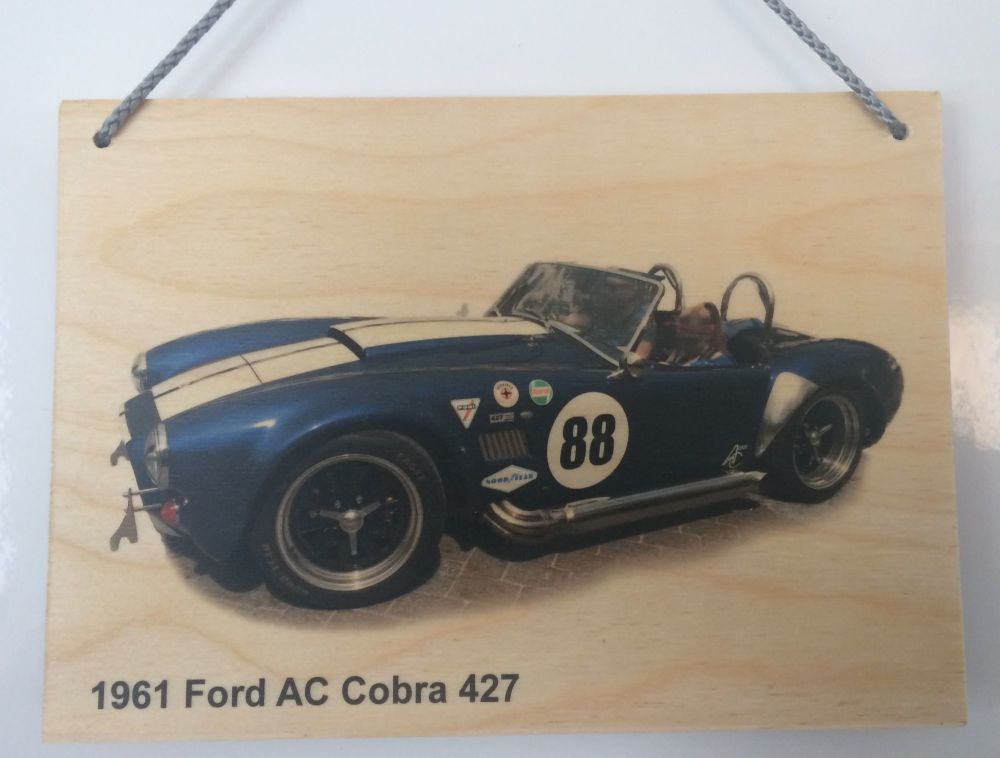 The AC Ford Cobra was the result of a cooperation between AC Cars in the UK, Carroll Shelby Racing in California and Ford that began in 1961 with the Mark 1 powered by initially a 4.2 litre V8 engine and then a 4.7litre.
In 1965 the Mark III Cobra 427 - 7 litre - was launched in order to get homologation for racing some of which were converted for road; the standard version produced 425 bhp @ 6000 rpm and 480 ft/lb torque, which was capable of propelling the car to a top speed of 164 mph (262 km/hr), and a competition version which produced 485 bhp to give the car a top speed of about 185 mph (298 km/hr). For the standard version the standing to 60mph time was just over 4 seconds and the standing quarter mile was accomplished in a neck straining 12.4 seconds, by which time the Cobra was doing 106 mph. This was more than an E-Type eater, it was potentially a Ferrari beater. (With thanks to Silodrome Gasoline Culture)

The picture is produced on a 148 x 210 x 3mm piece of plywood drilled with one hole.