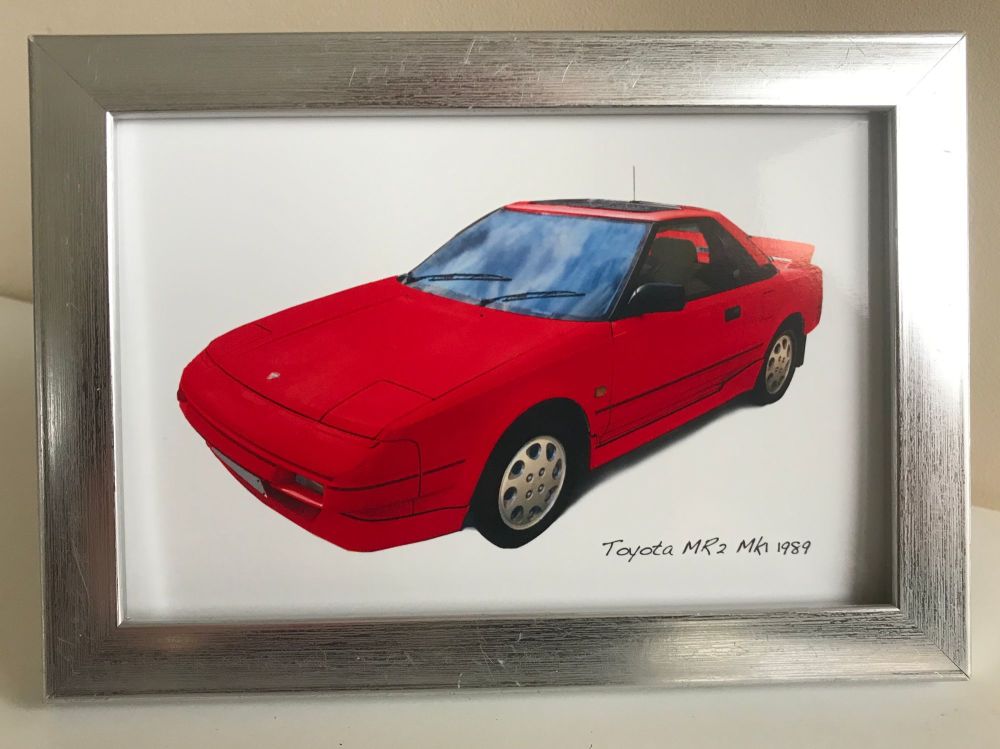 PHOTOGRAPH - This car belongs to one of my son in laws who supplied the photo. I have manipulated the original colour of White to Yellow and Red for an extra choice.
HISTORY - The Toyota MR2 was a two seater mid engined sports car that was manufactured from 1984 to 2007 going through three distinct generations with small improvements made on a yearly basis. The first generation was designated W10 and manufactured from 1984 to 1989 although this particular was registered in 1990. It was originally launched with a 1500cc engine this was changed to a 1600cc in a 1986 and a supercharged version was available in the United States. The suspension was deigned in conjunction with Lotus and it had a 0-60 of 8.5 triumphing over the then competition of the Fiat x1/9 and the Pontiac Fiero
PICTURE FRAME - Overall size 120 x 170mm Image area 92 x 142mm Charcoal or Silver Coloured with a Glass front. There is a Strut on rear so that it can sit on the window sill or desk.