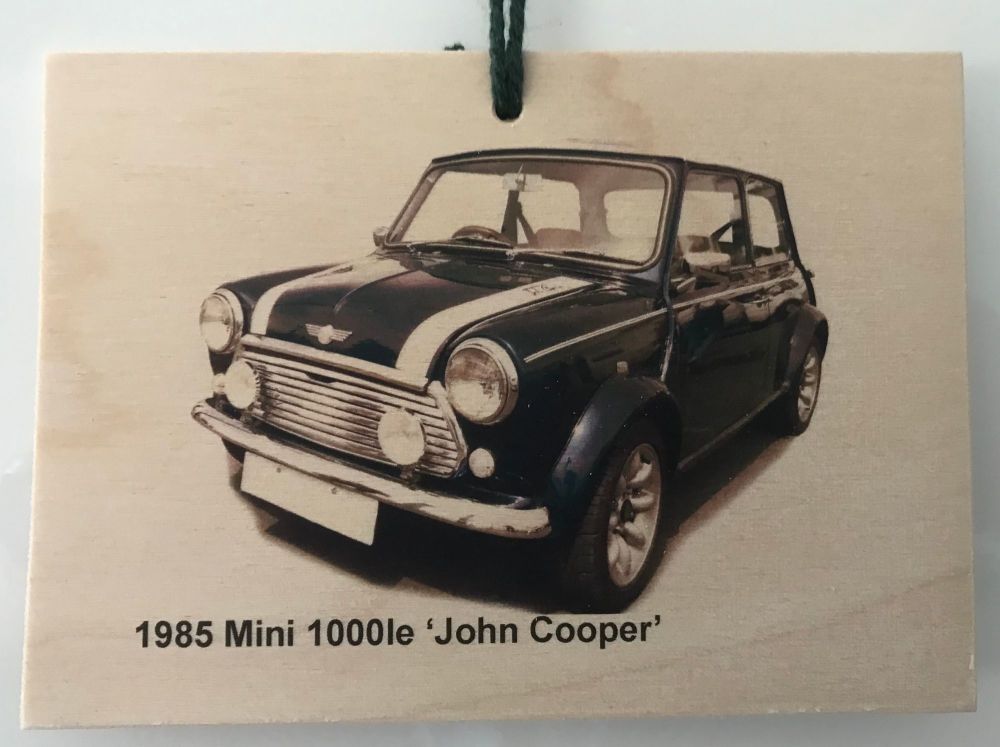 PHOTOGRAPH
I took this picture in Brighton at the end of the London to Brighton Classic Car run in 2019.
HISTORY
The original Mini is considered an icon of 1960s British popular culture. Its space-saving transverse engine, front-wheel drive layout – allowed 80% of the area of the car's floor pan to be used for passengers and luggage. In 1999, the Mini was voted the second-most influential car of the 20th century, behind the Ford Model T, and ahead of the Citroën DS and Volkswagen Beetle.It was manufactured by the English-based British Motor Corporation (BMC) and its successors from 1959 until 2000 when BMW took it over and it lost its charm.
The vehicle was a special edition of the Mini 1000 in homage to John Cooper the innovative racing car engineer who first put an engine in the rear of a racing car, was renowned for his championship Formula 1 cars in the late 50's early 60s and his innovative work with BMC to produce the Mini Cooper.